Comics having been Shaping Games for Years

Magnus Dec 08
It does not matter whether you read comics or play the video games but one thing will be common to both types of persons. In fact, there is a deep relation with the role which comics play in shaping the dimensions and development of the video games.
You will definitely find a lot of games that are solely based on the popular games apart from excellent resemblance with the characters. You may spill the covers of comics to see the latest gaming platforms and you will love to play those games as it will be much familiar to your taste and interests. There is no dearth of video games that characterizes the role models of Hulk and Batman to offer you great chance of playing.
We will find a lot of games that can be connected to some popular comics in the world. We will see here some games that are purely derived from the comics although with some adjustments, changes and manipulations to make the game more interesting and funny.

·
X-Men Arcade – This is an excellent arcade game which will support various ports including Xbox 360 and PS3. It is typically based on the comic and you just need to change magic with that of the mutant abilities of the Golden Axe. 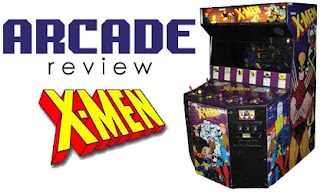 ·
The Punisher – This is the real writing which has featured in a lot of games that range widely from Game Boy Shooter to PS3 death match. It is still considered as one of the best and interesting game play which combines the character of torture stimulator with that of the Max Payne. This game is purely based on the films released and written back in 2004.

More like this:  He's Back: Terminator Genisys Trailer Shocks Fans

Batman: Arkham Asylum – You might be aware of the previous version in the name of Prior to Batman: Arkhram Asylum which was starred with Dark Knight. It was the real masterpiece which seems to be greatly inspired by Frank Muller and different films that were simply classical. Everyone loves the artwork shown in the free flow combat system which steals the sense of the whole show.

·         Comix Zone – It is not simply about a single comic rather it purely deals with some popular trends that witnessed the era. In this game, the sole owner of the game seems to get out the comic world and want to return back in the real world. You might have read the comics in paper but video games offer you a much more flexible and versatile platform to look for the hidden secrets.